Letter Courtesy of Move On~~

Martin Sheen here. I am a longtime supporter of the United Farm Workers (UFW), and I'm proud to have called Cesar Chavez a personal friend. Farm workers' rights are a cause that's near and dear to my heart—and that's why I'm asking for your signature on our MoveOn petition to oppose harmful changes to the H-2A guest worker program under which many immigrants come to work in America's agricultural industry. 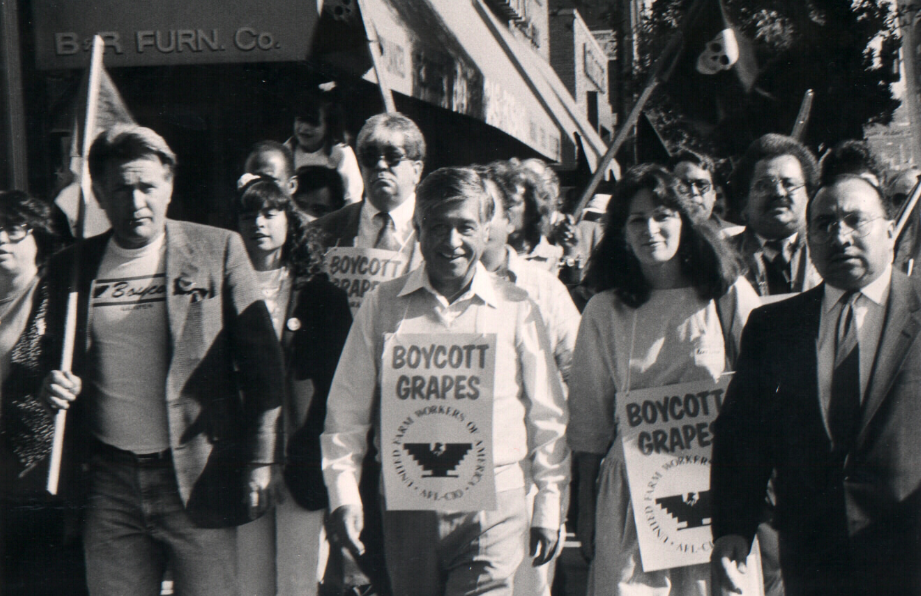 One of the best ways we can fight back is to have the public submit comments to the government stating their opposition to the harmful changes. A comment period has recently been opened through September 24. I am working with the UFW to submit these petition signatures en masse, and we will also follow up to encourage you to take additional actions with us.

My deep commitment and spiritual connection to farm workers are why I am so aghast about the devastating changes which amount to huge giveaways to enormous corporations at the expense of the rights and wages of the workers who are doing all the real labor.

The Trump administration is proposing changes to the H-2A guest worker program which would drastically reduce wages and job opportunities for American workers and protections for workers on H-2A visas. It's as if the administration wants to guarantee agribusiness unlimited access to a captive workforce of indentured servants. We must do everything we can to keep these proposed regulations from becoming a reality.

Some of the shocking and cruel proposed changes include:

Sign the petition telling the Department of Labor not to move forward with these proposed changes.

Furthermore, the H-2A changes encourage housing abuses by allowing employers to bypass annual inspections by government agencies, self-inspect their own housing and claim that even the most deplorable conditions are adequate.2

As an example of why this is a problem, a routine inspection of an Arizona farm exposed that H-2A workers were housed in old school buses and windowless trailers, without air conditioning in 100+ degree weather. The grower had nine shower stalls in a small cargo container, but there was no functioning sewage system. The electrical cord used to light the showers was exposed to standing water, posing a risk of electrocution.3

It's no surprise that the Trump administration's H-2A proposed rule changes are about self-dealing and self-enrichment for the business elite. H-2A workers toil in Donald Trump's Virginia vineyards, and he would personally gain from changing the rules: He can hire foreign guest workers more cheaply and make it harder for domestic farm workers to get those jobs. Because their visas only let them labor at Trump vineyards, the right of H-2A workers to remain in this country is totally at Trump's mercy—they could be fired and forced to leave the country simply for complaining about abuse or mistreatment.4

We need your help to keep this issue in the spotlight, Jackie. Will you take action with me?

Sign the petition telling the Trump Administration not to implement the proposed changes to the H-2A guest worker program.

Thank you on behalf of myself and the United Farm Workers.

You're receiving this petition because we thought it might interest you. It was created on MoveOn.org, where anyone can start their own online petitions. You can start your own petition here.

Want to support our work? The MoveOn community will work every moment, day by day and year by year, to resist Trump's agenda, contain the damage, defeat hate with love, and begin the process of swinging the nation's pendulum back toward sanity, decency, and the kind of future that we must never give up on. And to do it we need your support, now more than ever. Will you stand with MoveOn?

Click here to chip in $3, or whatever you can afford.

Contributions to MoveOn.org Civic Action are not tax deductible as charitable contributions for federal income tax purposes. This email was sent to Jackie Wright on September 10, 2019. To change your email address or update your contact info, click here. To remove yourself from this list, click here.