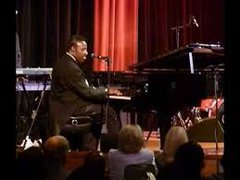 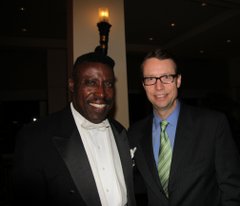 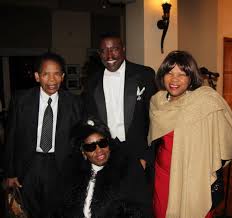 Get to Know Me Concert Launch Posted at PRLOG.ORG:

What better time to launch a program to give back to the community than the Christmas Season?  December 15th in the historic Jones Memorial United Methodist Church in San Francisco's legendary Fillmore District, Grammy nominated piano virtuoso Ricardo Scales begins his "Get to Know Me" Concert Series that will be a platform for emerging artists to work with established artists to create and grow their brand.

San Francisco-Let the Church say "amen," "andante," "fortissimo," "adagio," and "fermata" all to the measure of the feverish pitch of lively music from Gospel to Classical to Jazz, Latin to Pop to Reggae to World Fusion and beyond as Grammy-nominated pianist Ricardo Scales launches the "Get to Know Me" monthly concert series in honor of his mother, Patience Scales, founder of "The Parade of Youth."   Jones Memorial Church, 1975 Post Street is the location of the new concert series. The Fillmore District, "Harlem of the West," based church welcomes Scales' "Get to Know Me" concert series on Sunday, December 15, 2019 at 5:30 p.m.   Jones Memorial Senior Pastor, Harold G. Gordon has opened the doors of the church to a new Music Director whose concert series will bring the world to the church. "The best days of our historic Jones Memorial are yet to come," said Senior Pastor Harold G. Gordon. "With Ricardo Scales leading praise and worship, we are preparing to go to a new level of service to God and man. II Chronicles 20 demonstrates that it is the choir with the high praises of God that goes before the warriors.  Ricardo Scales will bring together the best of heaven and earth all with the sound of music." World-renowned piano virtuoso Ricardo Scales, who has produced Grammy nominated music with his more than thirty CD's since the 1990's, will headline the December 15th concert with the legendary Pete Escovedo Family. "As the new Music Director at Jones Memorial, most people would expect that the "Get to Know Me" series would be totally liturgical," said Ricardo Scales."  "But I'd like to remind everyone that Beethoven, Bach, Handel, Mozart, Aretha Franklin and other musical geniuses began their music careers in service to God.  We want to give up and coming artists an opportunity to pair up with the genius of Pete Escovedo and other well-established artists to help elevate their craft and gain exposure to the public without a great deal of expense," added Scales.  The concerts will be a tribute to my mother who held many concerts over the years at The War Memorial Opera House and other venues in the Bay Area to assist young musicians. The "Get to Know Me Concert Series" is a continuation of her legacy." "I am honored to be working with Ricardo on this groundbreaking work that will give young artists and seasoned Bay Area talents a place to either hone their skills or have an opportunity to express their talent," said Pete Escovedo.  "The Bay Area has a lot of artists that are not household names and this new venture will help make them and other guest artists from around the country better known." The Jones Memorial United Methodist Church Music Director recounted how expensive it was for him to get his recording career started.  "I had to pay $100,000 in the early '90's to record my first album and that did not include the cost of a record promoter, a record retailer, and publicist among other expenses," said Scales.  "I want the up and coming generation of musicians to concentrate on their craft and not the costs of producing music." To help musicians, in addition to providing a performance platform in San Francisco, which has lost a great number of well-known music venues since the '90's, Scales and organizers including Dr. Ted Carroll, an entrepreneur and real estate expert, are also developing  "The Get to Know Me Academy." It will provide performers from across the nation and world, access to Scales' state of the art recording studio along with scholarships.  "This is where the public can also help by not only purchasing tickets to performances, but also becoming sponsors and raising funds for scholarships for talented musicians," Scales explained. Why would an established artist who has performed across the nation and around the world be interested in helping up and coming artists?  "'The Get to Know Me Academy and Concert Series' is a vision from God," responded Scales. "It's my way of giving back and investing in the community like my mother did during her generation. I have been blessed to overcome adversity and I make a living doing what I love and what I was born to do."

Jones Memorial's new Music Director has his own story of battles and overcoming them with faith.  When he was 19 years of age, doctors and therapists told Scales he would never regain use of his left hand. He had his first recital when he was seven years old and he was passionate about playing the piano.  Although his hand was paralyzed with cords severed and three fingers curled into the palm of his hand due to an accident, Scales refused to believe the medical reports and chose instead to "believe the report of the Lord."  "His report says I am healed," so the song goes and Scales is playing that song and thousands of others after the medical doctors told him he would be "better off as a house painter" and would "never play again." "The Get To Know Me Concert Series" launching on December 15, 2019 with emerging talent Divine, Isis, Alecia Williams, The Curtis Family "C-Notes," a husband and wife and five children, will include the Jones Memorial United Methodist Church house talent, "The Voices of Jones."  Internationally known saxophonist Breno Brown, who toured with the late great Miriam Makebo, Guitarist Carl Lockett, The Starlites and Bay Area vocal phenom Brenda Lowe will round out the musical showcase. The concert series will be held monthly beginning in February, Black History Month with Sylvia Norman, En Vogue, Tony! Toni! Tone! and other well-known and emerging talent. In association with DGRP Bay Sound Recording and Distribution, City Hall Records, and The Orchard, a division of Sony Records, "The Get to Know Me Academy" will be a gateway for distribution for its artists nationally and internationally. It will also give opportunities to visual and performing artists. Tickets start at $40.00.  They can be purchased at the door.  Major credit cards and debit cards are accepted.  Also, call 510 228-2701 to reserve tickets or to get sponsorship information. Look for an upcoming website, www.gettoknowmeacademy.org that will keep you up to date on the performances, opportunities and other news. -30- Article by Jackie Wright, award-winning journalist & President of Wright Enterprises,www.wrightnow.biz,