Larry Griffin
My First Day In Jail
Born and raised in San Francisco, Mr. Griffin was first incarcerated at SF Juvenile Hall, where he never should have been, at the tender age of seven. From 2nd grade through Junior High School, his interactions with authority were repeatedly brutal emotionally and physically. From 1999 to 2014, he was an alcohol and drug counselor and dedicated himself to help others gain their freedom from addictions and live fulfilling lives. Mr. Griffin is excited to share his story and hopes that it will be an inspiration for others to follow their dreams.

My First Day in Jail was written and performed by Larry Griffin, and directed by Wayne Harris. Dramaturg, Thomas Robert Simpson. (Photo by Jim Dennis.) 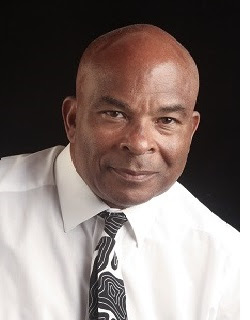 Geoffrey Grier
Resurrection
Mr. Grier manages the San Francisco Recovery Theatre, whose mission is to organize the synergy between actors, scripted material, and newcomers (recently incarcerated and homeless performers). As a recovering addict, Grier contends that the artistic process of working in theater and performing arts gives people a chance to take down the masks they wear on the street and learn how to communicate from the heart and in the moment. Mr. Grier graduated with a BA in Psychology at San Francisco State University.

Resurrection was written and performed by Geoffrey Grier and directed by Thomas Robert Simpson, Dramaturg. (Photo by Jim Dennis.)

Freddy Lee Johnson
Taking Care of the Long Tone
Sentenced to prison at 18, Freddy's turning point was joining the San Quentin Stage Band, where he played trumpet and shared the stage with legend Sheila E. When paroled in 1995, he became involved with the Harm Reduction Coalition and moved up the ranks to become their Director of Policy, testifying twice before the U.S. Congress. Since retiring, he has refocused on his music. Johnson's performance is in collaboration with The Formerly Incarcerated People's Performance Project. 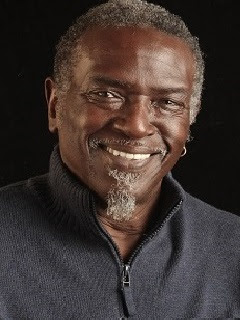