Royal Families of Africa and the US Converge for Epic BIPOC GRAMMY Celebration and Launch of over $500 Million USD Music, Film, & Tourism Project
April 7, 2022

Her Royal Highness Queen Sekhothali Mabhena of the Amandebele Nation and Damon Batiste of NOLA's Royal Family of Music join in celebration of Tourism, Technology, Music and Culture as "GRAMMY PARTY IN THE BUSH" launches new business ventures.
By: Wright Enterprises, www.wrightnow.biz 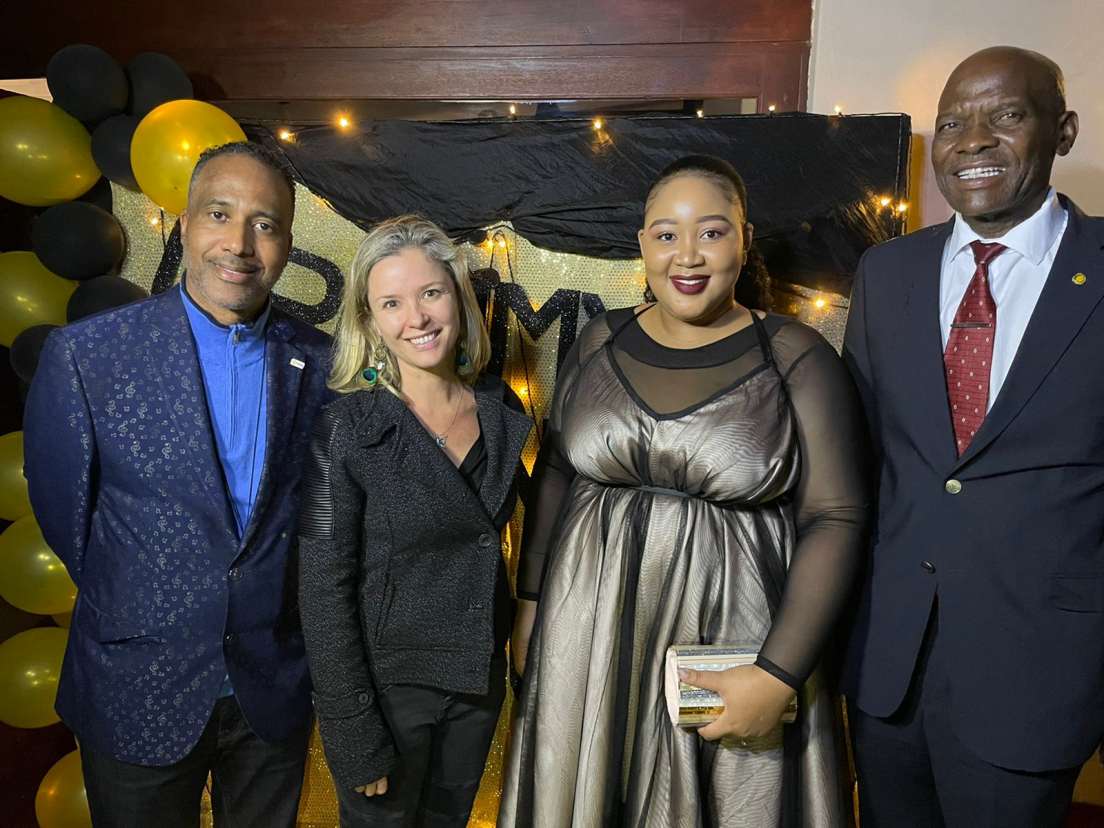 At the invitation of the New Orleans-South Africa Connection (NOSACONN), business partners Virtual Nation Builders and Guqula - leaders in the space to democratize the music, film, and tourism industries - celebrated the vast array of business opportunities that will extend virtually from the US to the motherland of South Africa.

"What a spectacular event. I was elated by the amazing artists and awed by their talents. Thank you to the NOSACONN VNB and Virtual Nation Builders team. Your business initiatives are highly appreciated in creating a better future for our Ndebele Nation and other BIPOC communities," said Her Royal Highness Queen Sekhothali Mabhena of the Amandebele Nation.

"I am so proud to be partnering in our new venture, NOSACONN VNB with Damon J. Batiste of NOLA's Royal Family of Music, first cousin of Jon Batiste winner of five of the eleven nominations for Sunday's 64th Annual Grammy Awards," said Candice Dawkshas, Director of NOSACONN VNB and COO of Virtual Nation Builders, the digital alchemists that created an NFT of Nelson Mandela's Warrant of Arrest that just last week sold for $130 000 USD. "Our SA 'Grammy Party In The Bush,' which celebrated the development of new promising talent of the BIPOC community of South Africa, was such a huge success. Our Guqula Project will create $500 million USD of value in the hands of the local BIPOC communities and more than 5000 jobs in Phase 1.

"We will also be transforming the creative film industry to democratize the making and distribution of filmmaking in Africa, and offering token-based funding opportunities to investors which will yield fantastic investment returns and create cultural upliftment," added Dawkshas.

"I am so excited to be a part of all these projects which are moving arts and culture further to make the world a better place," said Louisiana Music Hall of Famer, David Batiste, Founder and Bandleader of David Batiste and the Gladiators.

"As a black child growing up in South Africa, I got to know that Africa was referred to as The Dark Continent. Well, I'm thrilled to be part of this great initiative by Damon Batiste, NOSACONN VNB and Virtual Nation Builders and their partners," said Thabiso (Tabs) Magodielo from The Diplomatic Society and director on the Board of the Southern African Business Development Forum. "As an African, and the first black child to go to a white school in my country, I'm excited that through the arts and culture, we can create and promote stars who will light up my South Africa, and indeed my Africa. Long live my United States of Africa."

"It's such a good feeling when the Rest of the World finally sees what you have known for years. This was proven by five-time and first-time Grammy Award winners. Included in the NOSACONN Network of International Culture Exchange, New Orleans natives, Jon Batiste-carried home five trophies including "Album of the Year" for "We Are" and first- time Grammy Award winner, Lucky Daye for "Best Progressive R&B Album," "Table for Two''; and Black Coffee of South Africa won his first-ever Grammy in the category of Best Dance/Electronic Album for "Subconsciously''. What more can we say? This was a fantastic way to show Hope for all to all," said NOSACONN President, Founder and Culture Ambassador, Damon J. Batiste.

The venture partners, Virtual Nation Builders and Guqula, will launch an annual Jazz festival in the African Bush beginning in 2023.