"The Cornerstone of Wright Enterprises is Community Service. A strong community yields a good environment for business and pleasure. Community well-being and productivity go hand in hand."

"COMMUNITY SERVICE IS THE CORNERSTONE OF GOOD BUSINESS!"

San Francisco, CA  - November 4, 2014-The Thrill of victory continues to play out in San Francisco as the World Series San Francisco Giants are lauded by all.  This past Saturday, Giants second baseman, Joe Panik, handled the throngs at Macy's Men Store as handily and humbly as he did the double play.  As promised the story from Johnnie Burrell's International Media TV and Jackie Wright, Wright Enterprises. Danny Glover Speaks Out for Seniors

The Glover video was written, produced and narrated by Jackie Wright of Wright Enterprises.  Editor, Joe Frazier of CCH.  Special thanks to community leader Carol Tatum, CEO Don Stump and all the staff of CCH.

Two Years before Ferguson, Mo hit the headlines, Bay Area Law Enforcement Officer and Artist, Jinho "The Piper" Ferreira of Flipsyde wrote "Cops and Robbers," a 17-character one man show that seems to dramatically mirror the spin of Ferguson.

"Cops and Robbers" written and performed by Jinho "The Piper" Ferreira gives an unvarnished look at violence in America, yet it calls for hope through personal responsibility and action, as seen in his Single "Believe." 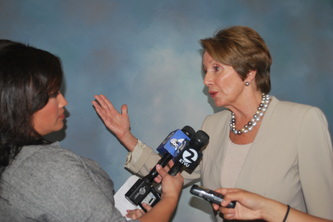 "I am a Haitian at Heart,"  said Glover quoting Frederick Douglass.    Click  this link or the image to see the interview.  "Soundtrack for A Revolution Oscar Nomination Hopeful Celebration" a benefit for the NAACP organized with two weeks lead time presented by LaHitz Media and Wright Enterprises at Third Baptist Church in San Francisco, was redirected to also assist Haitian relief efforts

Glover all so spoke with ABC 7's Reporter, Don Sanchez. Clink this link to see the news report.  Speaking of the Obama Administration: "Let me go out on a limb and say this administration will be defined by how it treats Haiti," Danny Glover. 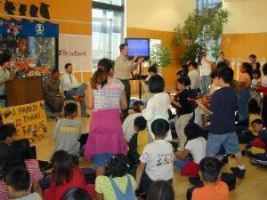